[Editor's Note: This article, published in 2007, is featured now on our home page as part of our "From the archives" series." Roger Donway is the director of the Business Rights Center .]

November 2007 -- Those of us who believe that ideas have consequences (in Richard Weaver’s famous dictum) also tend to believe that consequences have ideas—as their causes. When we are confronted by some large-scale intellectual, social, or cultural phenomenon, such as the early twentieth-century turn against capitalism, we suspect that the explanation is to be found among the philosophies of prior generations.
I say “prior generations” by design, because intellectual historians have too often attempted to link the phenomena of an age with the ideas of that age, as though people acted directly on their abstract convictions: College kids read Herbert Marcuse in the 1960s and started breaking all the rules. Such simple-minded attempts at showing the power of ideas are easily refuted and bring into contempt the whole enterprise of interpreting history through philosophy. John Maynard Keynes was much closer to the mark, I think, when he said, “Practical men, who believe themselves to be quite exempt from any intellectual influences, are usually the slaves of some defunct economist.” In my experience, the length of time between the practical (or impractical) man and the defunct thinker runs about a half century or more: College students started reading Nietzsche and Freud before World War I, and their grandchildren broke all the rules in the 1960s.
These reflections are occasioned by having recently read Brink Lindsey’s The Age of Abundance, reviewed elsewhere in this issue. The conservative Ramesh Ponnuru, debating the book with Lindsey at the “National Review Online” website, said “Lindsey’s narrative is also a useful corrective to the conservative fixation on the power of ideas.” Well, count me among the permanently fixated.
Lindsey’s thesis that postwar abundance brought about the Dionysian sixties is an interpretation of history that leaves me unpersuaded. But it is an interpretation that must be deferred to another essay. Here, I am concerned with Lindsey’s reading of the political and cultural turn against American capitalism in the late nineteenth and early twentieth centuries. His narration of that turn toward Progressivism caught my eye because, coincidentally, I have been re-reading the interpretation of Progressivist legislation put forward by the New Left historian Gabriel Kolko. These two authors present very different understandings of the topic; yet each, in his way, rejects Richard Weaver’s belief (and my belief) that only by looking to highly philosophical ideas can we make sense of cultural change.

The Centrality of Class

Gabriel Kolko is a strong advocate of the anti-philosophical approach to history, and that makes sense in light of his Marxoid analysis of American society. By the same token, however, Kolko’s theoretical outlook renders his work hardly worth mentioning except that it has, since the 1960s, been adopted quite widely by libertarians, notably the late Murray Rothbard.

Only by looking to highly philosophical ideas can we make sense of cultural change.

Briefly, Kolko’s thesis is that much of the Progressive Era’s regulation of a given industry was undertaken on behalf of the regulated industry as a means of letting it escape the rigors of dog-eat-dog competition. As Rothbard wrote in “Left and Right: The Prospects for Liberty”: “Despite the wave of mergers and trusts formed around the turn of the century, Kolko reveals, the forces of competition on the free market rapidly vitiated and dissolved these attempts at stabilizing and perpetuating the economic power of big business interests. It was precisely in reaction to their impending defeat at the hands of the c 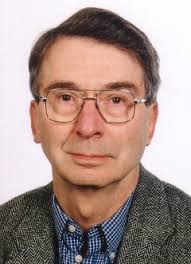 ompetitive storms of the market that business turned, increasingly after the 1900’s, to the federal government for aid and protection.” On this issue, I must again side with Keynes, who wrote, “I am sure that the power of vested interests is vastly exaggerated compared with the gradual encroachment of ideas.”
Obviously, Kolko thinks otherwise, and the reason why lies in his Marxoid analysis of society. In Kolko’s view, the major leaders of American industry and politics constitute a single capitalist class, and that class undertakes actions on behalf of its members’ interests—such as the legal suppression of destructive competition. The process may or may not involve direct lobbying by industry leaders in favor of some desired legislation. That is irrelevant. Washington does not take orders from Wall Street, nor vice versa. Both wings of America’s ruling class serve the whole class’s interests.
These underpinnings of Kolko’s thesis are absurd on their face. And the arguments he offers as tests of his historical interpretation are often bad tests of the ideas-versus-interests controversy, because his own narratives are simply not congruent with the historical facts. Here, for example, is an argument from Kolko’s first and most famous book, The Triumph of Conservatism. On page 39, he writes: “If nothing else, the steel industry was competitive before the World War, and the efforts by the House of Morgan to establish control and stability over the steel industry by voluntary, private economic means had failed. Having failed in the realm of economics, the efforts of the United States Steel group were to be shifted to politics.” That seems clear enough. Before World War I, the steel industry was racked by uncontrollable competition, so steel men turned to government to stop it. On page 173, Kolko returns to the issue of competition in the steel industry: “So far as the price competition plaguing the steel industry was concerned, however, [Andrew Carnegie said]: ‘It always comes back to me that Government control, and that alone, will properly solve the problem.’” That, too, seems clear enough: Carnegie, as a steel man, was calling on the U.S. Government to halt price competition in the steel industry.
But here is the truth of the matter. The Carnegie quotation Kolko uses comes from a letter to the New York Times, dated February 15, 1909. At that point, Carnegie had been out of the steel business for eight years, having sold Carnegie Steel to J.P. Morgan in 1901. Secondly, Carnegie was not complaining about price competition in steel, but about the absence of competition. Responding to a Times editorial, he wrote: “You seem to have forgotten for the moment that the trust in steel today embraces all sellers of steel. You will not have to go beyond your own columns to ascertain this from a list of their successive meetings of ‘all the manufacturers of steel.’ They arrived ‘at a sort of understanding’ after the panic to maintain common prices, and have endeavored to do so, and with great success.” Lastly, Carnegie compares the monopolies in steel and other industries to the monopoly possessed by a municipal gas company. And it is in that context that he pens the words Kolko quotes: “It always comes back to me that Government control, and that alone, will properly solve the problem.” In short, Carnegie’s concern is monopoly pricing, not competitive pricing; his fear is the opposite of that presented in Kolko’s book.

The Force of Argument

In contrast to Kolko’s explanation for the turn against capitalism in the late nineteenth century, Brink Lindsey at least deals with pro- and anti-capitalist ideas. But I believe he emphasizes too much the power of contemporary ideas and slights too much the power of long-run, philosophical ideas. Thus, Lindsey begins by describing the arguments of the pro-capitalism theorist William Graham Sumner (1840–1910) and saying of those ideas: “Such rationalizations provided comfort to the comfortable, but they could not hold up under sustained intellectual scrutiny.”
Confession: I have not studied Sumner’s works with sufficient closeness to say whether they are mere “rationalizations” that served to provide “comfort to the comfortable.” I do know that the Online Library of Liberty, maintained by the estimable Liberty Fund, continues to offer six of Sumner’s works. And I suspect that some of the nineteenth-century academics who supposedly devastated Sumner’s works with their “intellectual scrutiny” may have found Sumner wanting more because of general notions they held about the world than because of any acute refutations they launched against Sumner’s arguments.

Kolko's Marxoid theoretical outlook has been adopted widely by libertarians.

Consider an example. Lindsey cites the following argument in favor of social engineering from “a vociferous critic of the laissez-faire school,” Sumner’s contemporary Lester Ward (1841–1913). “It is only through the artificial control of natural phenomena that science is made to minister to human needs, and if social laws are really analogous to physical laws, there is no reason why social science may not receive practical applications such as have been given to physical science.” Is that penetrating “intellectual scrutiny”? I think it is a mistake. It is the mistake of forgetting that men, being rational, are volitional, and their behavior cannot be shaped by the application of force, as the behavior of matter can, without destroying their fundamental human nature.
As it happens, that is also the mistake that was made by the materialists and proto-positivists of the French Enlightenment and the mistake that led France toward socialism while the Anglo-American Enlightenment led England and the United States toward freedom. In that light, I find it interesting that Lester Ward was a follower of the French positivist Auguste Comte, a thorough-going collectivist and the coiner of the term “altruism.” Comte, in turn, had for his mentor the utopian socialist Saint-Simon, whose intellectual debts lead directly back to French Enlightenment positivism.
Now, that sketch of intellectual history may not be the reason that Lester Ward harbored an antipathy to William Graham Sumner’s freedom philosophy. But I do think that the connections adduced above are sufficient to bring into question the idea that Sumner’s works went into eclipse simply because they were subjected to “intellectual scrutiny” by such thinkers as Lester Ward. The fact is that the tide of political philosophy had been running against Sumner’s philosophy ever since American intellectuals took up with the Continental version of the Enlightenment and abandoned the Anglo-American version.

The moral of the story? To succeed in their crusade, I believe, libertarians would be well advised to abandon Marxoid class-analyses of our society, and short-range cultural and economic analyses, and even shorter-range technological analyses. They would be well advised to return to the vision of Richard Weaver, who said that behind today’s consequences lie centuries-old ideas. Were libertarians to do that, they might realize that their wished-for consequence, called “freedom,” requires the ideas of a new John Locke—and perhaps even the ideas of a new Aristotle, who could provide the intellectual tradition for a new John Locke.
Alas, today’s libertarians seem to moving in just the opposite direction. They place their hopes on the emergence of a new class called “bourgeois bohemians,” or on a new “liberating” information technology called blogs, or, at best, on more think tanks doing “intellectual scrutiny” of stale statist proposals. All futile, all futile. For my part, I concur with G. K. Chesterton, who said: “There are some people, nevertheless—and I am one of them—who think that . . . . the question is not whether the theory of the cosmos affects matters, but whether, in the long run, anything else affects them.”